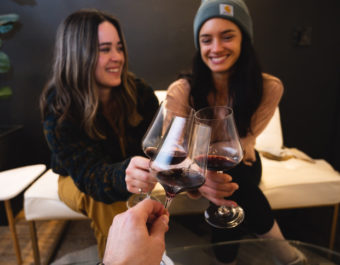 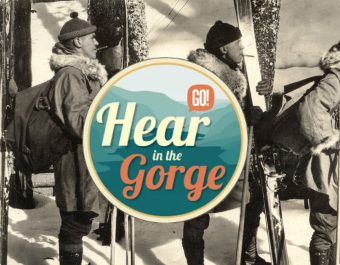 Hood River, OR — Kathleen O’Connor-McNew, a long-time advocate for skier visitation on Mt. Hood, has been honored by Ski Oregon with the prestigious Gene Landsmann Gemütlichkeit Award. The award was presented at the Oregon Governor’s Conference on Tourism in Sunriver, Oregon on March 14.

O’Connor-McNew earned this honor for her long-time service and dedication to the sport of skiing and to skiers. She was nominated by Randy Rogers formerly with Willamette Pass ski area and a close friend of Gene’s.

Randy Rogers has known O’Connor-McNew for over 20 years. “In my experience she has assisted, in the Spirit of Gemutlichkeit, with hosting numerous meetings and conventions of the Ski Industry including the Pacific Northwest Ski Association, Pacific Northwest Ski Areas Association, Oregon Ski Industries Association as well as fundraising events on Mt. Hood over the years,” Rogers said. O’Connor-McNew said she’s been a board member of Ski Oregon since 2000 and is a past president of the organization.

Employed by the Hood River Inn since 1990, O’Connor-McNew has primarily worked in sales and marketing and is currently director of sales. She’s been a key contact with Mt. Hood Meadows over the years, packaging ski passes with lodging, and promoting stays in Hood River to potential skiers at Mt. Hood. She’s attended ski shows and continues to be a ski enthusiast herself. She was instrumental in the early success of developing Hood River as a ski destination with Mt. Hood Meadows.

“The destination campaign gained momentum and generated thousands of overnight stays and skier visits from its very first year. The largest supporter of the program was the Best Western Hood River Inn, and the biggest champion was Kathleen,” said Dave Tragethon, Vice President at Mt. Hood Meadows. “The program received Travel Oregon’s Cooperative Partnership award in 2006 after more than 10 years of success. And while the recognition was jointly shared by the different program partners – it really took the inspiration of a few – most importantly Kathleen – to drive its success.”

The Gene Landsmann Gemütlichkeit Award is presented to an individual from the Oregon Ski community who embodies the spirit of Gemütlichkeit, a German-language word used to convey the idea of a state or feeling of warmth, friendliness, and good cheer as well as coziness, quality of life, and a sense of belonging and well-being.

Gene Landsmann was an Austrian Nation Team Skier, international ski educator, and Bon Vivant who migrated to Oregon and lived out his later years promoting Oregon skiing in large part in his role of management and marketing at Mt. Ashland. Gene was a long-time member of the Oregon Ski Industries Association which later became Ski Oregon.

Selection of the Gene Landsmann Gemütlichkeit award recipients are made by the founders of the award and past award recipients. The award is intended to be presented annually at a meeting or event of Travel Oregon or Ski Oregon.

“This is such great news and Kathleen is so deserving of this award,” said Chuck Hinman, general manager of the Best Western Plus Hood River Inn. “Her passion for hospitality and for the ski industry is remarkable.”